Bored And Annoyed, or Why have all SL Eye UVs stunk? (O.o)

Posted on August 23, 2014 by Imnotgoing Sideways

I spent a long time looking for an eye UV I could trust.  The most I could find were blurry, off center, or just a stolen eye texture from wherever. (>_<)

Plus, the last time I saw one that got the top/bottom relationship right, it was still a misaligned mess. (>_<)

So, out of boredom and annoyance, I do present…

That’s all.  It’s got the raw UV from the SL model and a few guides on where to place the iris and lens… And markers for the sideways top thing that SL eyes just plain got. (=_=)

So, yeah, there it is.  PNG and PSD format.  Not so sure about the PSD, though.  I use an Jasc PSP8 and the exporter could be insanely outdated. (>_<)

Posted on August 16, 2014 by Imnotgoing Sideways

Why, oh why, can’t more people be like this when they join SL?  He was so cool about things, even if he decided he didn’t quite like it.  I can’t help but share this. (^_^)

Posted on July 8, 2014 by Imnotgoing Sideways

I response to some confusion over LOD levels when uploading mesh, I’m gonna toss together the steps I take for keeping LI and upload costs low. (^_^)

The differences in detail should be apparent.  I’ll call them A, B, and C.  Note that A has 3x the Verts of B and C is little more than a cube.  All 3 models have 3 material surfaces and roughly the same UV maps. (^_^)

This is the default upload for A.  The model makes up the High LoD and the uploader is set to Generate the rest of the models based on a Triangle Limit.  The uploader can be really rough when removing verts to bring the objects down to the marked triangle limits. (>_<)

View each LoD level, click on the High, Medium, Low, and Lowest names on the far left… Or use the box just below the mesh image.  As you can see, Lowest can make for a pretty ugly blob.  The going price for this blob is L$12 to upload and an LI of 10.059.  (O.o)

Now High, Medium, and Low each have a model for uploading.  These models will look exactly like the ones in the top image.  So Medium will preserve more of its shape, Low will just be a box, and Lowest will be Generated and be a decimated blob of the box from Low.  Here’s the good part.  Upload price is now L$11 and the LI has gone down to 7.812.  (^_^)

This is a relatively simple model, so the savings won’t be very huge… But, this should at least demonstrate that a savings is possible. (^_^)

Finally, when it comes to physics, complex models can really jack up the LI.  Items like clothing and other attachments could wind up having very complex physics shapes in spite of them being totally phantom while worn.  What I do for this is keep a cube.  Just a default Blender cube that I can use as the Physics LoD file. (^_^)

Now, since this model is very simple… There’s no actual change in physics detail with or without the cube.  Since physics is less than 1, it won’t affect our upload cost or LI.

Once the LED was inworld I found that the models were something like 8 meters tall which initially threw off the LI number while uploading.  Once it was scaled to 2 meters tall or less, LI fell below 1 and I was able to link 3 together for 2LI. 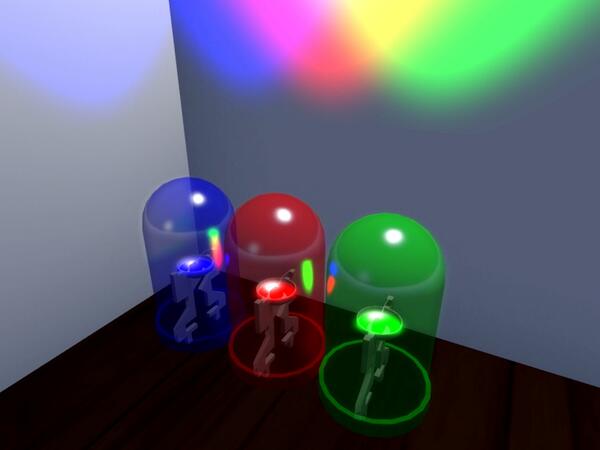 This is my take on things.  It probably isn’t accurate or complete, but, it’s what I’ve been doing and it works for me.  Please correct me in comments if need be. (^_^)y

Posted on July 3, 2014 by Imnotgoing Sideways

Y’all probably know that I volunteer at NCI, New Citizens Inc.  It’s a great place with a great community, lessons, events, freebies, and advice for anyone in SL.  I been going there since I found the scatter of green dots on the map.  Over time I became an instructor, a land officer, and took on the task of maintaining the infonodes. (^_^)

Recently NCI’s creator and founder, Brace Coral, has returned to Second Life and has involved with staff.  In the most recent staff meeting, she posed a question: “Why are you here?” (^_^)

To that, I have an almost overly simple answer: The community. (^_^)

My “Immy” account is actually my second spin through Second Life.  The first time around, I was Indoorsman Dagger and I discovered very quickly that AGP graphics cards were horribly unsuitable for rendering the primmy world. (>_<)

So, I joined SL again for the first time… Because I had initially forgotten Indy’s password. (O.o)

Much of my early time in SL was spent in the Hanja welcome area.  Back then, it was hazardous to cross simlines with attachments and many teleports would often fail.  So, I stayed there quite a while.  Though, in spite of its name, Hanja was hardly welcoming.  Add to that, my short draw distance and a seemingly endless barren field of grass beyond build and I pretty much had no hint of the scale of SL as a whole. (>_<)

In time, I found the map.  After a while, I sorted out what green dots were.  Eventually, I really started exploring.  Not even using search yet.  Just nap random places on the map and TP there.  For sure, people made most places worth visiting. (^_^)

Then, one day during a session of me zooming around the map, I had noticed a nearly full PG sim.  At that time, so many people in a PG joint was unheard of for me.  So, obviously this deserved some investigation. =^-^=

One thing to note; I haven’t mentioned chatting yet.  Honestly, for a good month or so, I didn’t chat with anyone in SL.  I was too shy, too afraid to connect with people, and concerned that my family would have problems with me making friends online. (>_<)

With that in mind… I actually had my first chat in SL at NCI.  It was very brief.  Light Sol had approached me, asking if I needed help.  My response was little more than something like “Not now.  Talking to family.” (._.)

But, there you have it… My first ever chat in SL was at NCI.  The crowd at NCI was nothing like Hanja.  Every other word wasn’t an obscenity.  Eventually I began to open up, socialize, and take up building.  It was all very new to me… Someone who had spent years with a nose jammed into Manga and a laptop Bittorrenting Anime shows 24/7. (^_^)

As time went by, I made friends (and even met someone that I still have a crush on to this day).  I have this near addiction to being inquisitive and helpful.  So, as I gathered more information about SL, I started sharing it with others.  NCI was very much a learn and teach and learn and teach environment.  The people there were always ready to answer reasonable questions and toss a freebie around once in a while that would benefit others. (^_^)

I wasn’t even aware of any kind of leadership structure at the time.  I just found myself spending time with helpful, supportive, and generous people every day. (^_^)

As time went by, I started getting more involved.  I was a frequent participant in Show&Tell, Blitz Build, and Beach Party events.  I was a killer in the Beach’s Toob race.  My lack of lag was to my advantage, for sure. =^-^=

I gradually got to know near everyone who hung out at the Kuula campus.  With that someone eventually offered me a teaching position.  It was alternating weeks.  One week I would teach Flexi&Light.  The next, One Prim Wonders.  It was definitely something to do.  In fact, I still do it.  See me in our Hamnida campus tonight at 6pm SLT.  I’ll be teaching Flexi&Light on the ground classroom. (^_^)

At some point, I was able to join Linden Lab’s SL Mentors program which provided a few more resources, but, nowhere near comparable to what the NCI community was offering.  I found that flying solo just wasn’t going to work out.  Being a part of something doesn’t really off much gain.  Having a tag is little more than a label.  But, having a community to lean on and support was right up my alley. (^_^)

None the less, the community still provided tons of support.  Right at the point where I thought I was going to hit rock bottom, members of the community were letting me know they were behind me every step of the way.  People well aware of the organization’s mission stepped forward for the sake of the community and all the work they’ve done.  The community was able to survive the turmoil of the time and continue to support and maintain NCI for years to come. (^_^)

For that, I’m highly thankful and indebted to the people of NCI.  I like to think I’m part of this community, welcome and willing.  All I can do now is try my best to provide the same of what was given to me.  The people of New Citizens Inc. have been among the best I’ve met online.  I’m glad to be part of it.  I plan to remain with the community for as long as I can. (^_^)y

A coworker of mine is setting up IIS on his company laptop in order to develop a web based front-end for our test result database.  Otherwise known at doing his job! (^_^)

So, he pulls up the page which contains … a box stating that our employer’s IT department has blocked some content on the page.  Reason: “Educational Video”… (O.o)

Something flagged as an “Educational Video” on the frigg’n MICROSOFT website has been deemed inappropriate for employees to view. (o.O)

As for me?  I’m on lunch break and I’m watching this:

Posted on June 2, 2014 by Imnotgoing Sideways

Ever wake up with morning “fundraiser”? (O.o)

Well… The Lab, in its infinite genius… again, has flurbed on an event notice.  Somehow, there’s something in the wording which triggers a requirement of Adult Content rating. (=_=)

On the Second Life Forum…

Hurray!  It’s been a long wait. Launching ongoing Concert Fundraisers at The Church, debuting Sere performing her original Jazz on Sunday, June 8th at 1pm.  Thanks to Sere’s sponsor, Paradunai, LLC, 100% of every Linden donated goes directly to this concert’s charity – the American Cancer Society here in Second Life.  Come out and soak up Sere’s jazz, and enjoy a dance party at the Pavilion after the concert, knowing every cent you donate makes a difference!  To preview Sere’s music, go to her website at sere-aeon.eliyora.com.  So excited to see you there!

So, yeah… What do you see in there which could even remotely, possibly, probably, maybe, sometimes, kinda, should trigger the event as Adult Content®? (o.o)