Posted on December 2, 2010 by Imnotgoing Sideways

Okay, so far I’ve done most of my recent recording using CamStudio… Which I totally love. =^-^=

Since I’m just doing little screwball things, I ain’t gonna pay money for this stuff… So, I use Windows MovieMaker.  It works for me.  So, sue me… Okay, it WORKED for me. DX

Past tense… Worked!  So, what happened?  Recently Windows Live had some big-butt upgrade and it’s like ready for 2011 or something.  Either way, the apps got changed.  And, that’s where my troubles started. DX

It’s also something I’ve sorta seen in the past, but, when playing really old games.  It’s a tough thing to screen-grab because Windows often renders everything just fine… It’s when it reaches my frigg’n card that there’s a problem.  (>_<)

Okay, so, anyway… Graphics futzed on SC3K… S’okay, right?  It’s a frigg’n old game and I should expect compatibility issues.  later on, I try Black&White… Ick, that was a tough one to get running… But, thanks to a couple websites and I think even a plugin I got it to bloody launch… With the same frigg’n problems SC3K had! DX  S’okay, right?  This game was notorious for being incompatible with Vista and Win7. (._.)

Anyway… I’m making little videos in SL and ‘producing’ them in MovieMaker… Totally taking advantage of the “Send video to Youtube” feature that bumps my vids up on-the-fly with name description and all… Teh hawtnezz, that is. =^-^= 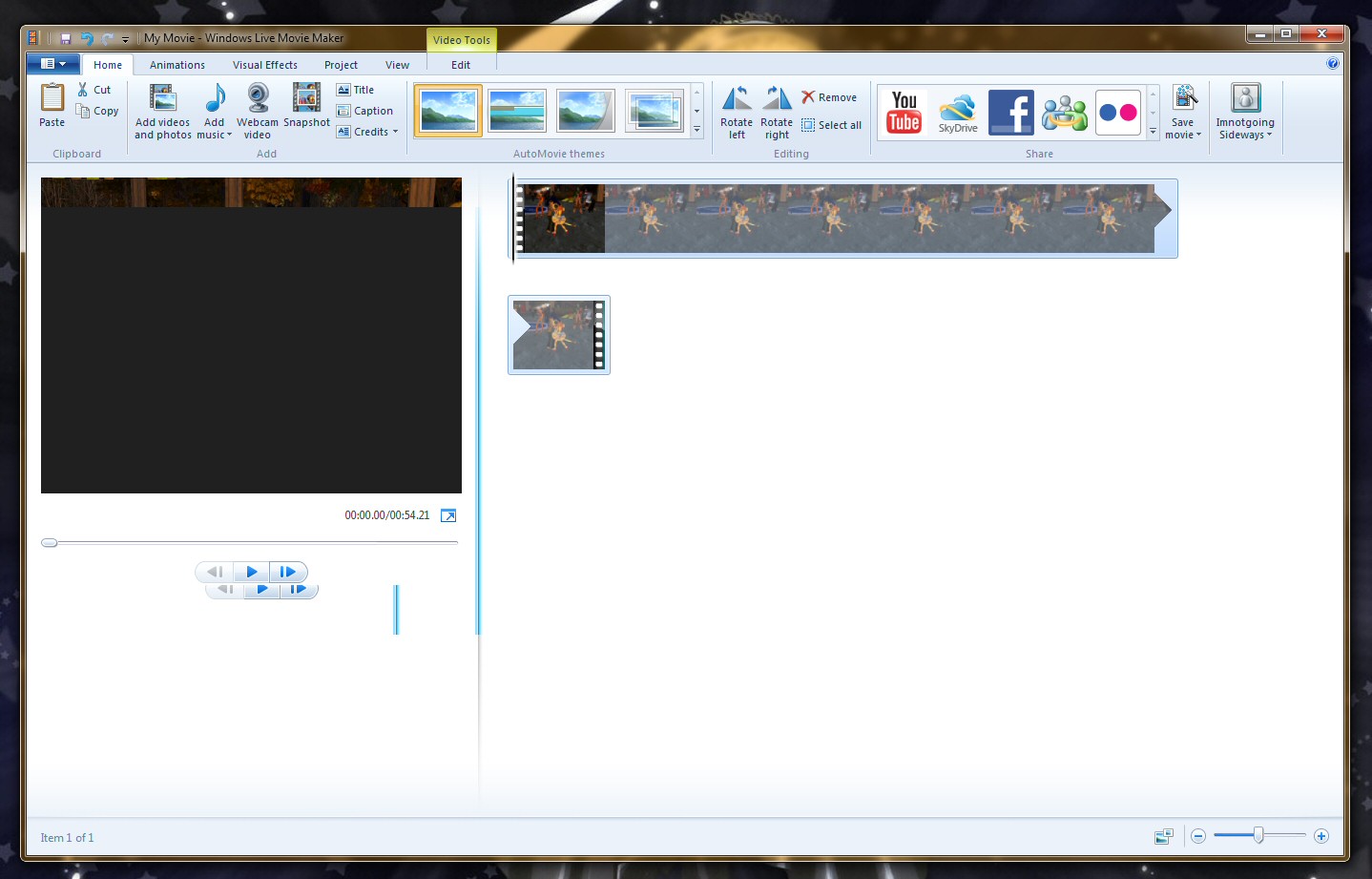 So, there it is… The screen artifacts, freaky misalignment, stuttering performance, and general un-use-ability! DX

Maybe I could downgrade Live and at least get Movie maker back.  I dunno… Maybe someone out here knows what’s going wrong and just points it out to tell me “Turn this off” or “Turn this on” and happy happy times return.  I dunno… Maybe someone knows about a killer freebie movie editor that exports stuff that works fine and fast with Youtube without jumping through hoops. (>_<)

I’m open to suggestions… Lemmee know… I sure as heck can’t fix this myself. (._.)