Posted on November 16, 2010 by Imnotgoing Sideways

NUE… New User Experience.  That’s the catchphrase the lab used a while back to talk about what first-day newbs… well… Experience. =^-^=

Back when I was a Mentor, my account was flagged to have access to the Help/Orientation islands that were available at the time.  But, now that Mentors is gone, I can’t just go steppin’ in anymore. DX

I did so yesterday and took a buncha snappies in the process. (^_^) 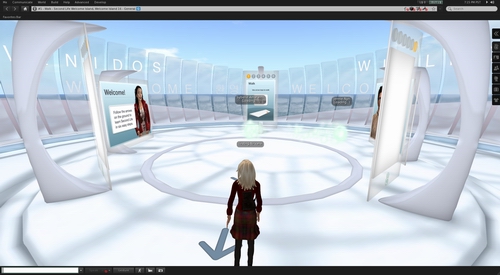 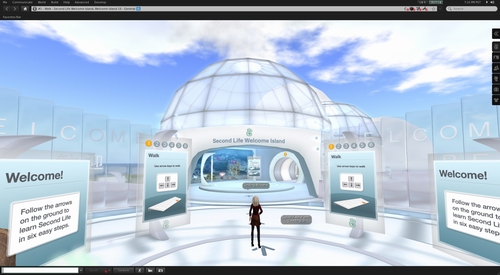 From the looks of things, we’re back to the linear path orientation.  How to walk, turn, chat, cam around, focus, fly, sit, and such.  Each tūt was in a numbered chamber connected to the post and prior with little tubey hallways.  (^_^) 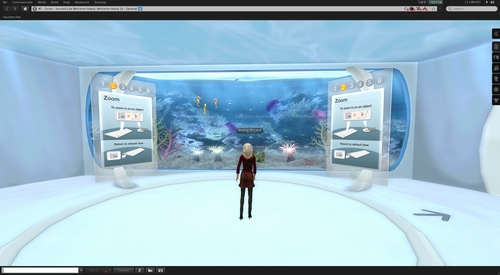 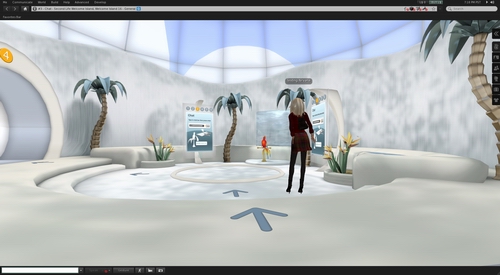 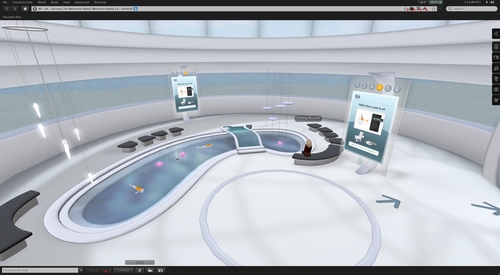 The others around were typically trying to edit their appearance.  No matter what’s in front of them, I think that’s the primary first task people give themselves in SL… “How do I make myself look good?”  So, they go straight for the sliders and turn themselves into a relative freakshow… To be repaired by time and further HUMAN assistance. =^-^= 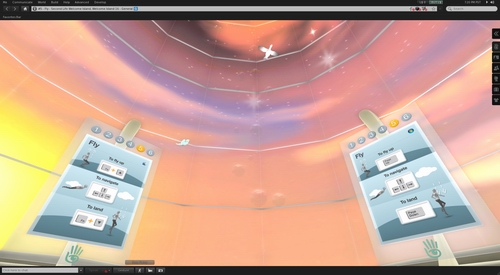 The build itself is all indoors-y now… No island or bridges.  The sky is loosely visible through the translucent roof.  And, it’s really super sterile.  Lots of whites and grays.  Kind of has a ‘Hospital of teh futurez’ feel to it.  So, yeah, soothing… But I was waiting for THX1138 to come around the corner somewhere. DX 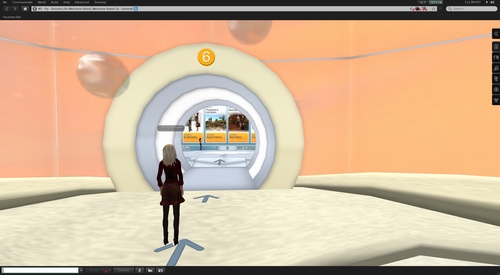 Finally, at the end, I was presented with a wall of 4 panels.  Click one of the 4 to get a pseudorandomized map popup of the type of destination you’d like to start at.  Exploration seemed to typically give artsyfartsy estate sims.  Shopping gave stores (rut-DURR!).  Socializing spun through the regular welcome areas and infohubs.  And, help… Well, I didn’t click help.  Maybe next alt. =^-^= 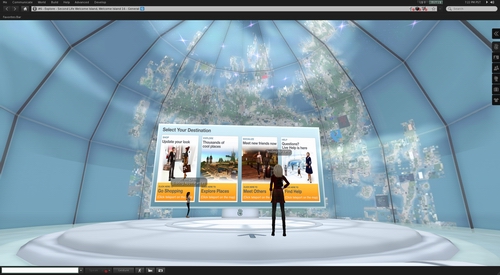 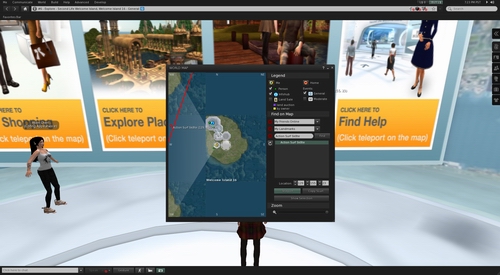 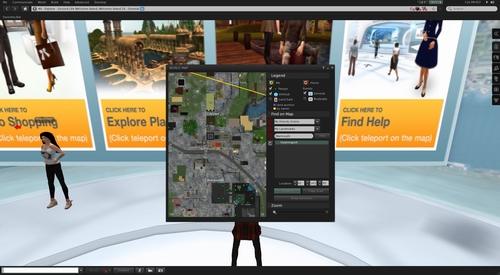 One thing I noticed about the “maplauncher” wall was that I didn’t get the usual finger-thingie as my mouse cursor.  While this may not phase a first-timer, my first reaction was a bit of a “will this work”.  I mean, even browsers have the finger-thingie for links.  At a minimum, it felt weird and a bit awkward. (>_<)

I’d say that this new setup probably isn’t any more effective than the prior HI/OI setups and still begs for some human interaction.  Add, APPEARANCE!! The shiny new SL avatars aren’t enough to discourage from going straight to the sliders.  If anything, maybe a compact “AV Maker” app would help or an appearance menu blackout until they leave the tūt and hit the main grid.  (^_^)

I still get the feel that human intervention is necessary.  Not everyone learns the same way.  It was easy enough for me to breeze through the tūts because I been doing the bloody stuff for over 3 years.  But, for a first timer who probably only has videogaem or Email experience… I’m sure there’s a whole lot of ‘WTF!?” going on. (=_=)

It’s good, but, it could be far better.  It was nice to they sculpted the chatty parrot. =^-^= 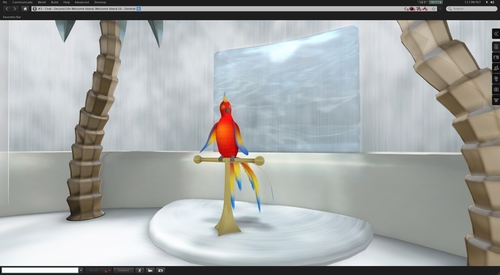 I'm a Second Life avatar with my own cookie jar! (^_^)y
View all posts by Imnotgoing Sideways →
This entry was posted in Uncategorized. Bookmark the permalink.